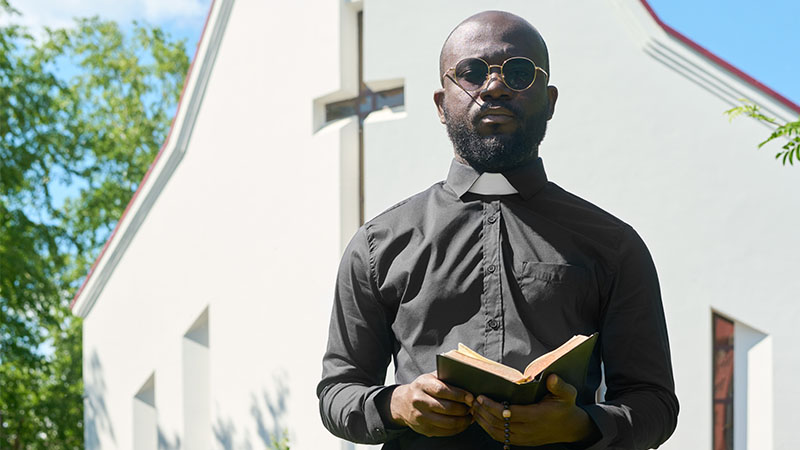 My biggest pet peeve when it comes to Christian fiction is that too many Christian writers see storytelling as a means to an end—preaching a message—rather than an end in itself.

When I encounter such writing, I tend to go off on a rant comparing two of the most well known Christian storytellers—C. S. Lewis and J.R.R. Tolkien.

In terms of fiction, C.S. Lewis is perhaps best known for The Chronicles of Narnia, a series of seven allegorical fantasy novels about a group of children who discover a secret doorway to the magical land of Narnia.

Oddly enough, I read the first book in the series, The Lion, the Witch and the Wardrobe, when I was 12 years old, and I had no idea that the author was a Christian or that he had carefully designed the story as an allegory for certain elements of the Christian faith. Only as an adult did I realize an entire cottage industry had grown up around teasing out the various theological and literary “Easter eggs” Lewis had hidden throughout the text.

While I found the first novel quite satisfying—and continue to enjoy it to this day—I can’t say I felt the same way about the rest of the novels in the series. And to be honest, the more I learned about Lewis’s efforts to work Christian ideas and symbols into the story, the less keen I was to explore it, because it made me feel like the story was nothing but a sham—a piece of propaganda whose ultimate purpose was not to reveal anything meaningful or beautiful, merely to indoctrinate me with the author’s worldview.

On the other hand, we have J.R.R. Tolkien’s masterwork The Lord of the Rings, and it’s prequel of sorts, The Hobbit. While a veritable industry has also grown up around unearthing Christian ideas and symbolism in Tolkien’s writings, such elements are not the novels’ raison d’etre. As Tolkien, himself, said, The Lord of the Rings is a “fundamentally religious and Catholic work; unconsciously so at first, but consciously in the revision.” But he also warned readers not to look for any hidden meaning or message in his books. Unlike Lewis, Tolkien “cordially disliked allegory in all its manifestations. I much prefer history, true or feigned, with its varied applicability to the thought and experience of readers. I think many confuse ‘applicability’ with ‘allegory’; but the one resides in the freedom of the reader, and the other in the purpose of the author.”

Therein lies the rub. Not even Tolkien realized the fundamentally religious nature of his work until he began to revise it. His only concern up to that point was to try his hand at telling a really good story. That’s it. He had already developed the languages, history and cultures of Middle Earth. Now he wanted to see if he could craft an effective narrative within that milieu. Only when he had finished his initial draft of the tale did he consciously insert or, more likely, develop its inherently religious elements. But even then, these elements were a natural outworking of the storytelling process rather than its reason for being, which was really more of a personal challenge that Tolkien had set for himself.

Now, it’s virtually impossible to determine definitively which of these two men was the best storyteller, because such assessments are highly subjective. However, if you compare the number of copies sold—over 150 million copies of the three LOTR books vs. over 100 million copies of the seven Chronicles books—the figures pretty much speak for themselves. Clearly, Tolkien’s work (not to mention the films adapted from his books) resonates with far more people than Lewis’s writings. Furthermore, Tolkien’s work is just as appealing to non-Christians as it is to Christians, because they feel less like they are on the receiving end of a thinly veiled sermon.

I realize not every Christian will agree with my assessment, but you should at least consider the principle I’m arguing. If you’re a person of faith, and you feel compelled to write fiction, great. Challenge yourself, like Tolkien, to see if you can tell a really good story. Chances are, when you’ve completed your first draft, you’re going to find evidence of your faith all over the page, which is great. Only then should you go back and develop those elements. Why? Because more likely than not, rather than something imposed on the story—or the reader—those elements will be a natural, organic part of your tale that will enhance your storytelling rather than inhibiting it by blatantly preaching a message.