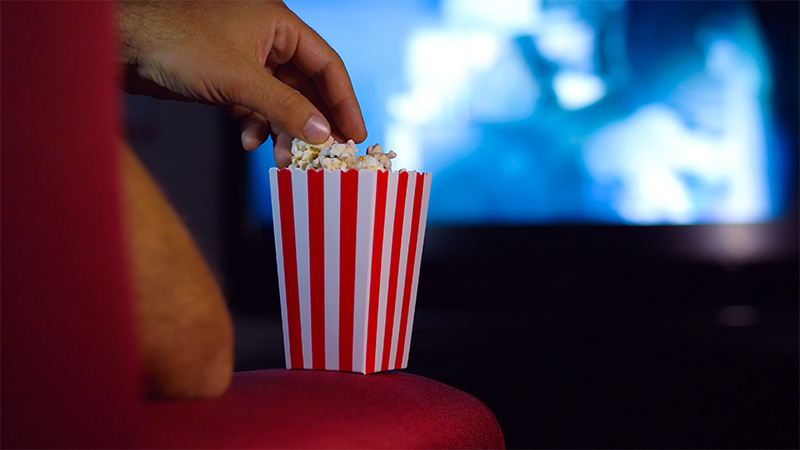 When it comes to writing scenes for novels, writers would do well to behave like a good party guest—arrive late, and leave early.

This is something we see all the time in film. We enter a scene as close to the climax as possible, and then leave either right before or right after the central conflict is resolved. In the former case, the resolution of the climax is never actually shown; it’s merely implied in the following scene or else when we return to that storyline following a quick cut to a parallel plot line (or, in the case of television, a commercial break).

For example, one of my favorite films, The Matrix, features a scene where Neo, the protagonist, receives a cell phone via FedEx from Morpheus, who is to become his mentor. The phone rings, and Morpheus tells Neo he’s in great danger. However, if he follows the instructions Morpheus is about to give him, he may be able to escape.

Completely flummoxed by the situation but not wanting to be arrested, Neo follows Morpheus’s instructions until he finds himself out on the ledge of a skyscraper several dozen stories up with Morpheus telling him all he has to do is work his way along the building to a window-washing platform, and then he can make his way to the roof. But partway to the window-washing platform, Neo drops the phone—and chickens out.

The writers could have resolved this scene by having someone spot Neo through the window and then alert the police, who would have coaxed him to come back inside. Then he would have been marched out in handcuffs in front of his coworkers, possibly receiving an “I told you so” speech from his boss, before being led out to the waiting police car.

Instead, they cut away right before this climactic moment and cut straight to Neo in handcuffs being led out to a police car—and one of Morpheus’s allies witnessing his arrest. They leave it to our imagination to fill in the gaps, because those gaps aren’t important to the story. All that matters is that Neo has failed his first real test and is now in the hands of his enemies.

Think about the scenes in your current novel or short story. At what point do you “arrive” on the scene? What is the minimum amount of information your readers need to know in order to feel the full weight of the climax? At what point do you cut away from the scene? Do you allow the scene to peak or do you cut out right before the climax? If you do allow it to peak, how long do you linger afterwards, and why? What would happen if you cut out earlier—or arrived later? My guess in both cases is that the scene will be improved.

When revising my own work or the work of other writers, these are some of the most common cuts I make—lopping off an overly long build-up or cutting out tedious falling action, or possibly the entire climax. The question to ask yourself is, what information or action is essential to your story, and what are merely the “gaps” that you can allow your reader to fill in? This applies not only to each scene but to your story as a whole.

Arrive late, and leave early. Do this enough times, and, like a good party guest, your readers will keep inviting you back over and over again.