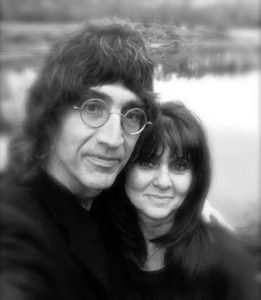 STEPHEN SEVERN is an award-winning ghostwriter, editor, screenwriter and writing coach. Mentored by Academy Award-winning writer Stewart Stern (Rebel Without A Cause), Stephen served as editor for the #1 best-sellers Tears For My City and The Revved Life. He also served as consultant for Robert Beatty’s New York Times #1 best-selling Serafina series of children’s books, published by Disney Hyperion, and as editor for the blog of #1 best-selling Christian author Emerson Eggerichs.

Stephen’s work as editor has resulted in 25 international awards. In addition, his ghostwritten screenplay was winner of Best Adaptation at the Hollywood Book Festival, and a runner-up at the prestigious Circus Road Script Competition. He’s written for rock magazines and heavy metal websites, film and TV reviews, and ghostwritten or edited more than 30 published books.

He specializes in rescuing, restoring and reawakening broken dreams. It would be his honor to help reawaken yours.

Serafina and the Splintered Heart, by Robert Beatty (2017)

Serafina and the Twisted Staff, by Robert Beatty (2016)

Serafina and the Black Cloak, by Robert Beatty (2015)

Tell Them Who We Are: What You Don’t Understand About the Homeless (But Must), by Dr. Jeffrey Reynolds (2018)

Starting Point: The Journeys of Teen Moms Who Overcame, by Tiffany Stadler (2017)

My Razzle Dazzle: An Outsider’s Story, by Todd Pearson (2015)

Tears for My City: The Autobiography of a Detroit White Boy, by Dean Dimitrieski (2015)

The Revved Life: From the Pits to the Podium, by Pastor Jeff Knight (2015)

The Complete American’s Guide to the Deutsche Bahn, by Stephen Severn and Sally Reboul (2014)

Benefit of the Doubt. Stage play based upon the novel by Myra Dorsey (2016)

“Stephen helped me achieve a writing goal that I failed to accomplish on my own after three years of trying. I had written 30,000 words for my book, but had no chapters, no structure, just a hodgepodge of thoughts. I needed a writing coach who could hold me accountable for achieving my book goal, but also help me bring structure and readability to it. Stephen delivered for me in a big way. He became both my writing coach and my accountability coach. He is equally and highly-skilled in both roles. I will continue to use Stephen as my writing and accountability coach!” —John Hughes, author of Unselling and Haunting the CEO

“Stephen served as consultant on the second edition of my book. Stephen’s a true professional and the best in the industry. He’s passionate for perfection, and a driven overachiever, who always over-delivers, with a skill level I’ve never seen before. I’m honored to call him my friend.” —Dean Dimitrieki, author of the #1 Best-seller, Tears for My City: An Autobiography of a Detroit White Boy

“Stephen’s ability to draw out my style and voice, as a writer, was priceless to me. I gained confidence knowing Stephen would tell me what I needed to hear to grow. Stephen’s an artist, and the small nuggets he made into my work everyday made a massive difference.” —Jeff Knight, author of the #1 Christian Best-seller The Revved Life

“Stephen Severn has changed my life through his services. I’ve learned so much from him and loved how he was able to help me with putting my thoughts on paper. His professionalism and great attitude through the process was priceless. I would recommend Stephen to anyone who wants positive results.” —Kevin Barnett Sr., author of Living my Shadows: Dreams Do Come True

“It would be difficult to overstate the positive impact Stephen Severn has had on my writing. He is an experienced and skillful story doctor who has also been a much-needed source of validation and encouragement.”

“When my writing is working–that is, when it’s keeping readers engaged–Stephen is quick to point it out and, even more important, to explain why. I think this type of feedback is more valuable than we tend to believe. When writers hire editors and coaches, we’re often focused on the negative. We’re looking for a linguistic detective to prowl through our writing, sniff out the baddies, and put them under a spotlight for interrogation. That’s great—and Stephen certainly pulls no punches when I’ve missed the mark. He’s a master practitioner of “tough love.” But Stephen also serves up generous helpings of positive reinforcement. This goes beyond mere pats on the back. Stephen points fingers. He names names. He tells you precisely why this sentence or that paragraph is great. And what happens then? Naturally, you do it more often. You find ways to do it with more finesse. Your writing gets better.”

“Both in the role of “Good Cop” and “Bad Cop,” Stephen Severn has been a super-charged rocket booster to my progression as a writer. He’s taught me a TON about harnessing the universal principles of Story, always with unflinching respect–no, not respect, REVERENCE–for the unique, very personal story I’m attempting to tell.”

“Bottom line: If you’re serious about improving your writing, you should work with Stephen Severn!” —David Walker, author of the #2 Best-selling short story Wet Work

“Stephen Severn is an exceptional writing talent. He’s worked with me on nearly 20 projects, including feature screenplays, short scripts, musicals and a book rewrite. He has the remarkable ability to size up a project—be it drama, comedy, horror, fantasy or any genre—and pinpoint where it might fail and why, and then offer insightful and creative alternatives. Or, he can simply work a project to the letter, as requested—he’s that flexible and adept. He knows how to breathe life into characters and how to tap into reader’s emotions. With full command of the craft, he’s able to express his ideas clearly and effectively in any circumstance. His passion shines through in every project that he tackles. Stephen has been an invaluable asset to my creative life, and I highly recommend him without reservation.” —Kyle Kallenbach

“Stephen is one terrific, fully capable ghostwriter, editor and book coach. On our team, he’s the fastest, most prolific member. Stephen’s honesty helps him draw in clients, and he helps each client fit their vision into their budget. Stephen is the real deal when it comes to time, effort and fulfilling book contracts. He is prompt, thrifty and always delivers—our clients praise him every time. Nothing but positive, five-star reviews! Look for best-seller ghostwriter Stephen Severn in the immediate future!” —Karen Colem Executive Director, Ghost Writer Inc.